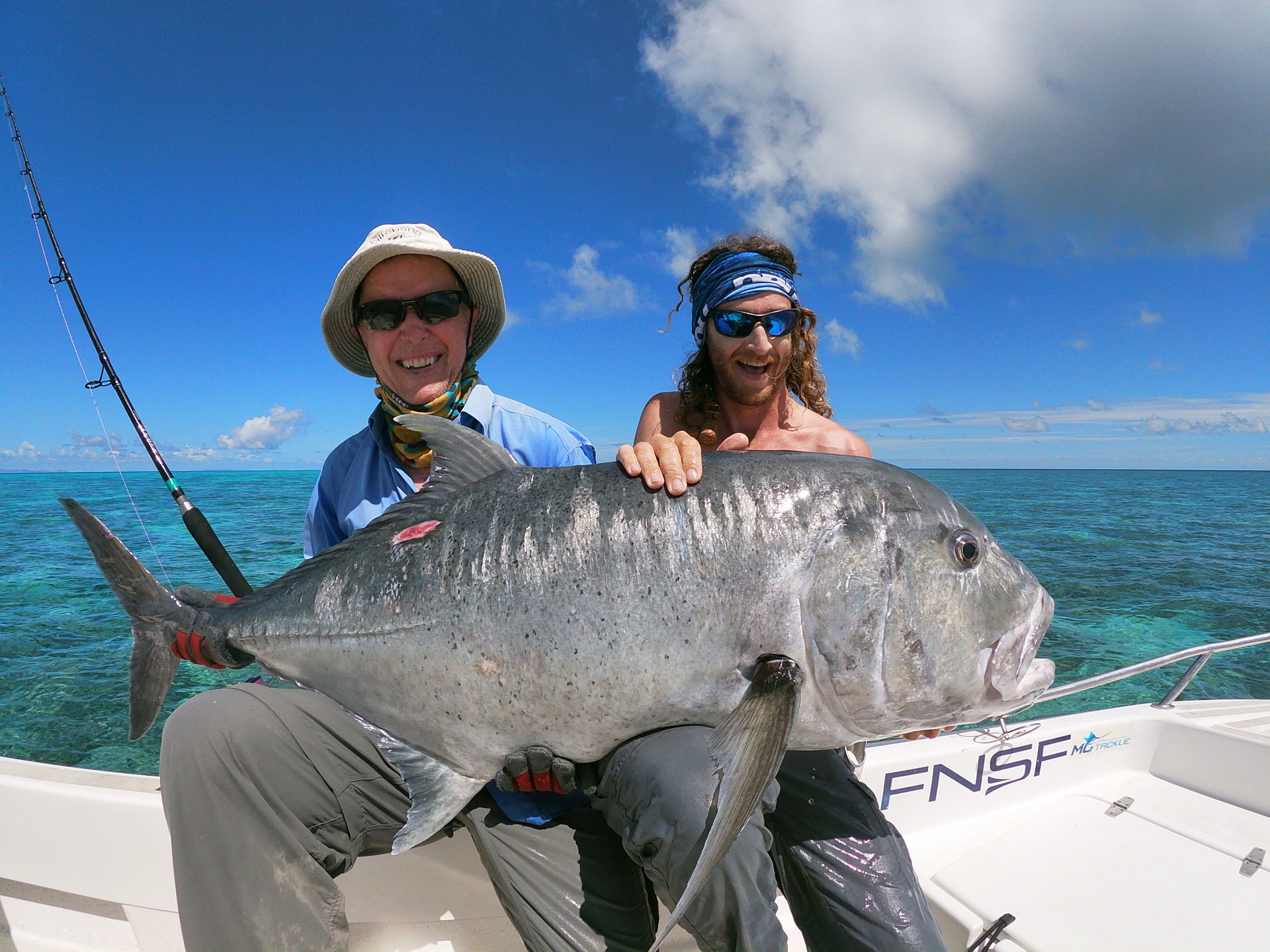 Seasoned anglers will travel the world trying to catch big fish on the surface. Popper fishing techniques have become wildly popular with the chance to tackle hard-hitting blue water fish like Giant Trevally. Our charters specialist in giving anglers the opportunity at catching multiple species on poppers. At FNSF-NOMAD, we use the best possible rods, reels and poppers to make landing that fish of a lifetime achievable.

Casting poppers all day is not for the faint hearted. It can be arduous work casting and retrieving some of the larger blooping style poppers. Good technique (ask the guide) makes the job easier and when a large implosion on the water's surface is followed instantly be a knee-knocking battle, it is impossible to forget.

Poppers simulate a wounded baitfish on the surface and are designed to attract and enrage predatory fish in equal amounts. The cup face of the surface lure captures a gulp of air with each sharp job of the rod tip, leaving bubble trail and loud suction noise in their wake.

Surface fishing might be thought of as all other types of surface presentation besides poppers. Stick-baits, sliders, surface walkers, fizzers and many trolled presentations fit this category.

Here at FNSF-NOMAD, we regard any type of surface fishing as the pinnacle of what sport fishing has to offer. This is where the aggressive and rugged species in the far northern sector of the Great Barrier Reef are known to really shine. Gear needs to be super strong, terminal tackle needs to be of the highest quality and knots, rigs and leaders need to keep the whole show together.

Watching predatory fish zero in on any surface presentation then try to claim it as a prize. This is the essence of surface fishing and an addiction that keeps many anglers coming back time and time again. We have a great selection of surface lures and poppers stocked aboard our mothership, Blue Martini.

Species to expect to be caught using surface lures include Barramundi, Giant Trevally, Queenfish, Spanish Mackerel, Yellowfin Tuna, Maori Wrasse and Coral Trout to name just a few. The list of fish that can be taken on the surface is always expanding in the species-rich areas FNSF-NOMAD can take you.

There are numerous locations on our various trips in which we use these techniques including Tydeman and Davey Reef, Ribbon Reefs, Jewell and Waining Reef, Bligh, Log and Ferguson Reef, Margaret Bay and Forbes Island.

FNSF-NOMAD use top of the line Shimano rods, reels and terminal tackle. We provide the following setup for surface fishing:

Nomad Tackle is our go-to choice for lures. Our guides are experienced in using a wide variety of lures daily and recommend the following when it comes to surface and popper fishing techniques: 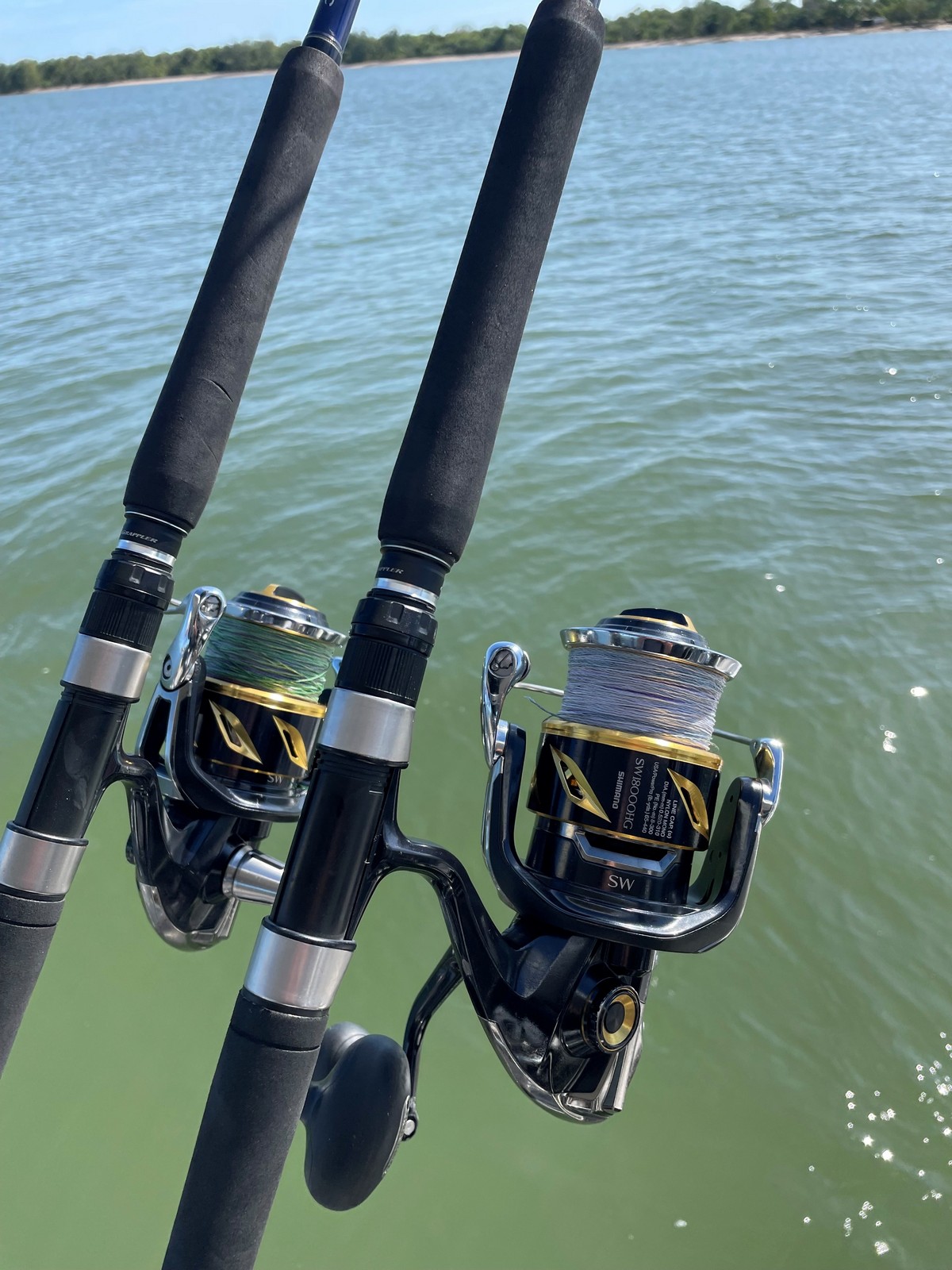