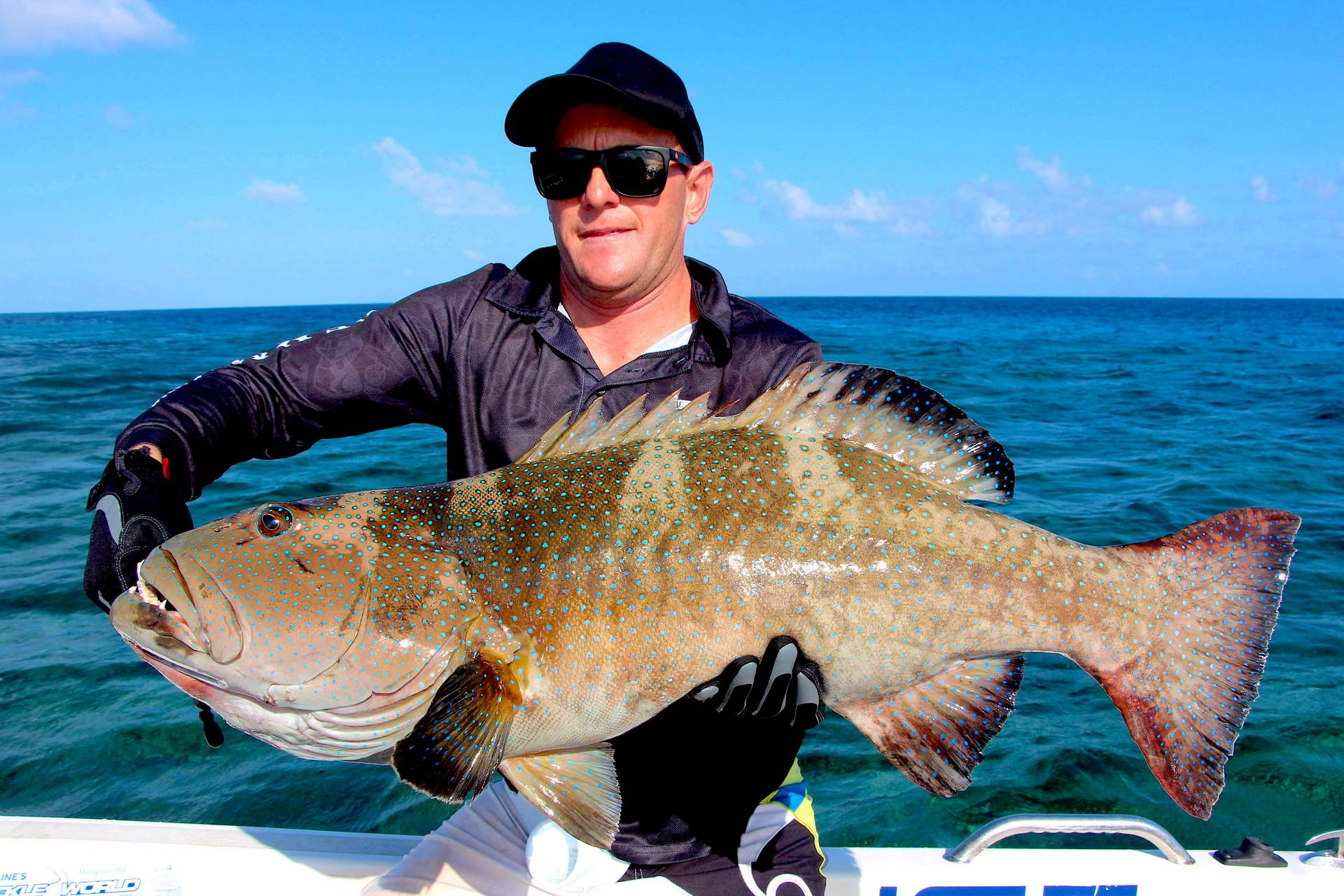 Modern technology has really helped lift the game for fishermen looking at life on their depth sounders. As such, fishing vertical below the boat is one of the most reliable forms of fishing for FNSF-Nomad clients.

Guides look for lumps, clumps, rocks, bommies, shoals, wrecks, depressions and almost any structure which might hold good populations of fish. Although this is not the most visual form of fishing, guides understand that finding fish in these scenarios can lead to epic captures and frenzied activity.

Let's take a look at a few techniques putting bends in rods and smiles on faces.

Using vibes, especially the modern soft and life-like presentations which make up the current crop, has revolutionised both estuary and bluewater fishing for many. This is due to their ability to sink quickly then attract fish from large distances with an extremely aggressive vibing action.

Even at depths of around 25-35m, anglers can quickly develop a solid technique of rod-tip lifts which many predatory fish find irresistible. Vibes will flutter down and sink quite quickly under the right conditions. On the drop, reef dwelling species will crash into a vibe or nip at its tail, either way often finding the hooks before plunging back down to take cover.

Many of the tastier species on the reefs and shoals such as nannygai, fingermark, coral trout and red emperor can be tricky to hook at times. With two sets of trebles on the small vibes and bigger singles on the largest model, there is a great hook-lure ratio and vibes also attract multiple bites from the same fish.

Vibing has also emerged as a productive way of fishing creeks and rivers. Barramundi and mangrove jack are both suckers for vibes, worked methodically with sharp lifts of the rod tip and a flutter back down. Other species such as blue salmon, grunter and queenfish are taken when fishing from the sand pits or mouth areas.

This technique has recently gained a wide popularity and can be seen in the Facebook and Instagram accounts of all the cool-kids at the moment. It is a very active way to fish and proves deadly on all manner of species encountered in shallow to medium depths.

Essentially these metal jigs are deisgned to sink in a provocative manner before being fished in the bottom 5-10m of the water column. Lifting the rod tip in long sweeping upward thrusts. Then letting the jig flutter back down, always at the ready to lift the rod tip and strike if any interest registers up the line.

For whatever reason, the magical depth tends to be around 15-35m where concentrtions of fish can be found at depths suitable for this technqiue to be successfully fished. So many of the iconic sportfish of the far north are found within these depths, dramatically pushing up the species count during many a trip.

After trying the jig with a bare-assist hook on the first few drops, guides will often 'sauce-up' your jig with a small slither of squid or fish on the assist hook. This essentially adds scent and food to the already attractive colour, flash and movement of the slow-pitched jigs.

There are numerous locations on our various trips in which we use vibing and slow pitching jigging:

FNSF-NOMAD use top of the line Shimano rods, reels and terminal tackle. We provide the following setup for vibing & slow pitch jigging:

Nomad Tackle is our go-to choice for lures. Our guides are experienced in using a wide variety of lures daily and recommend the following when it comes to vibing and slow pitch jigging: 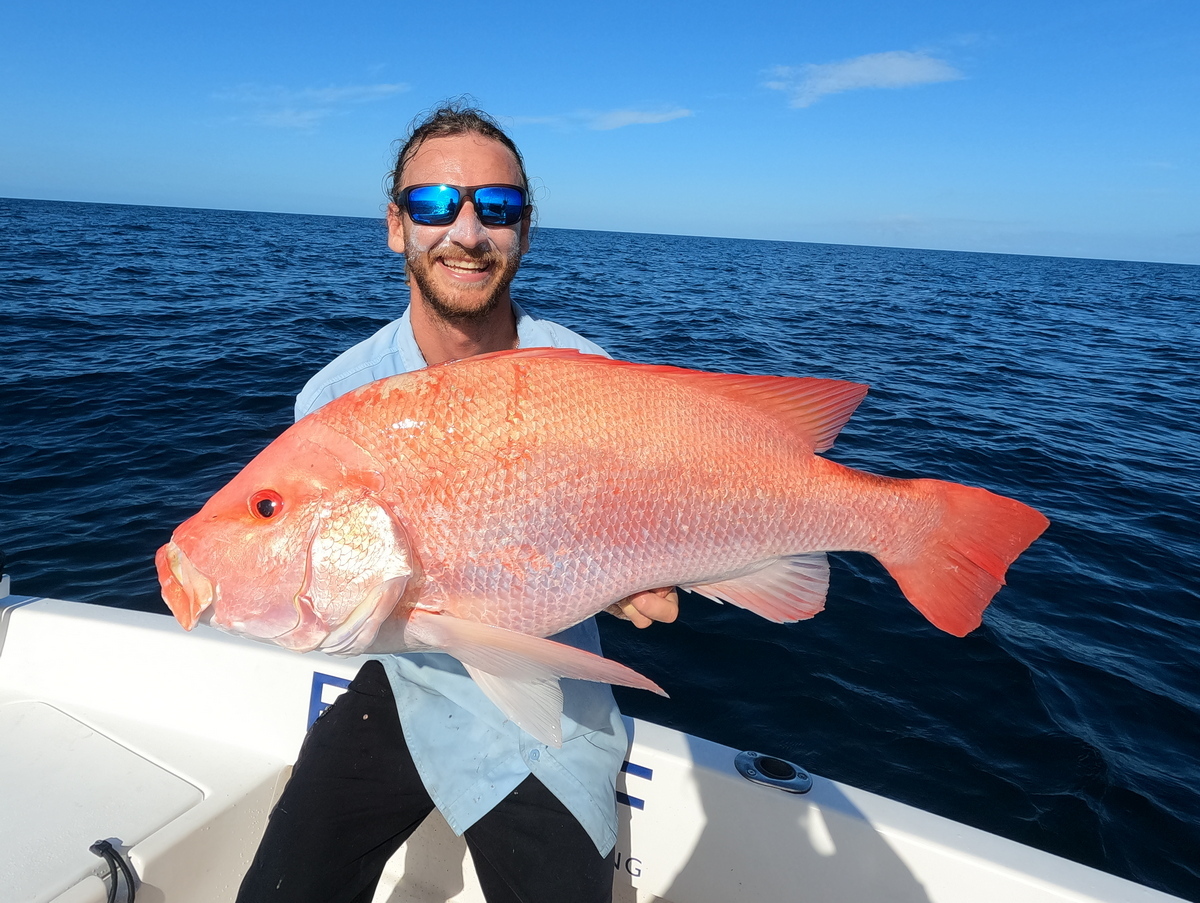 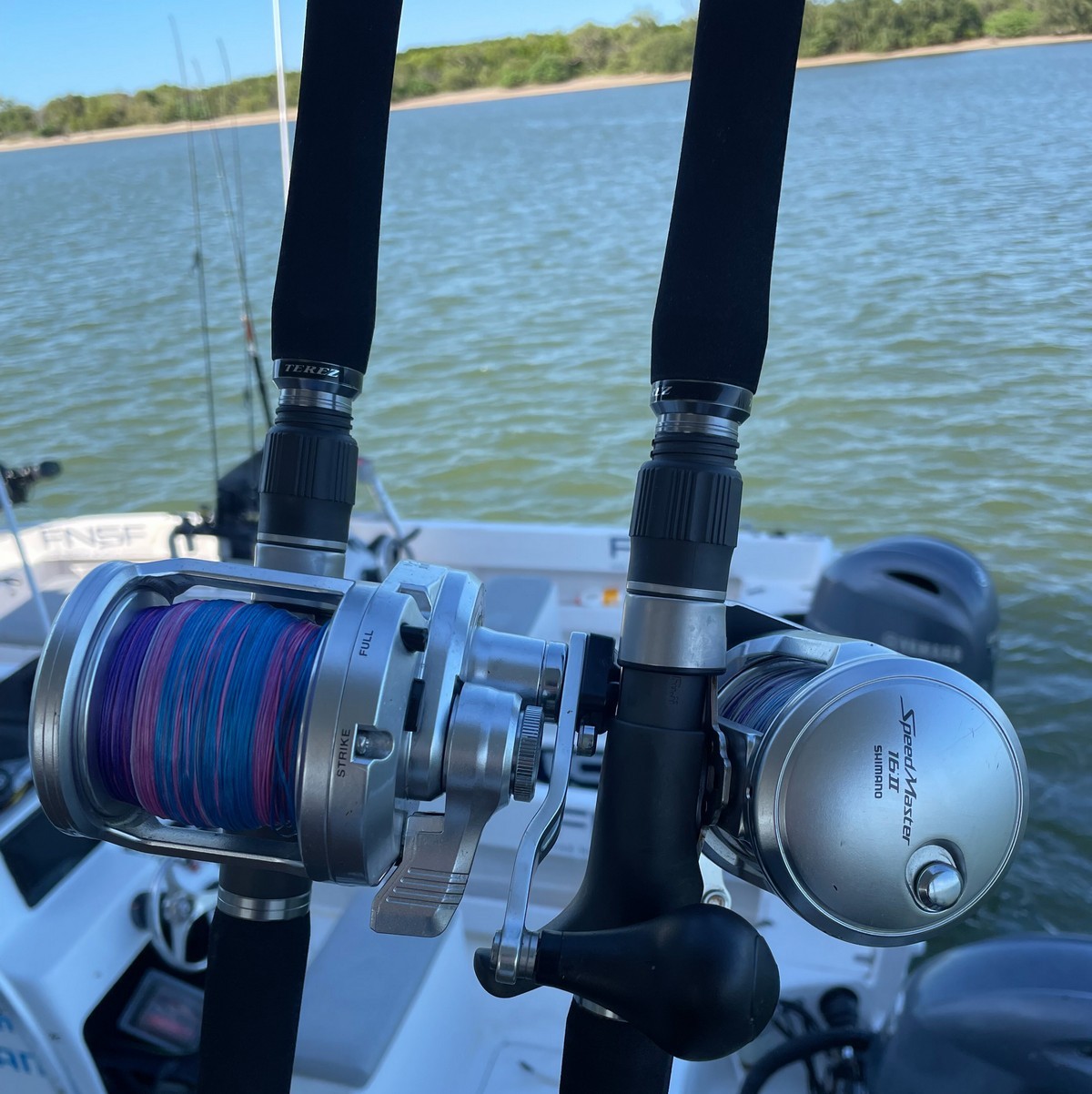