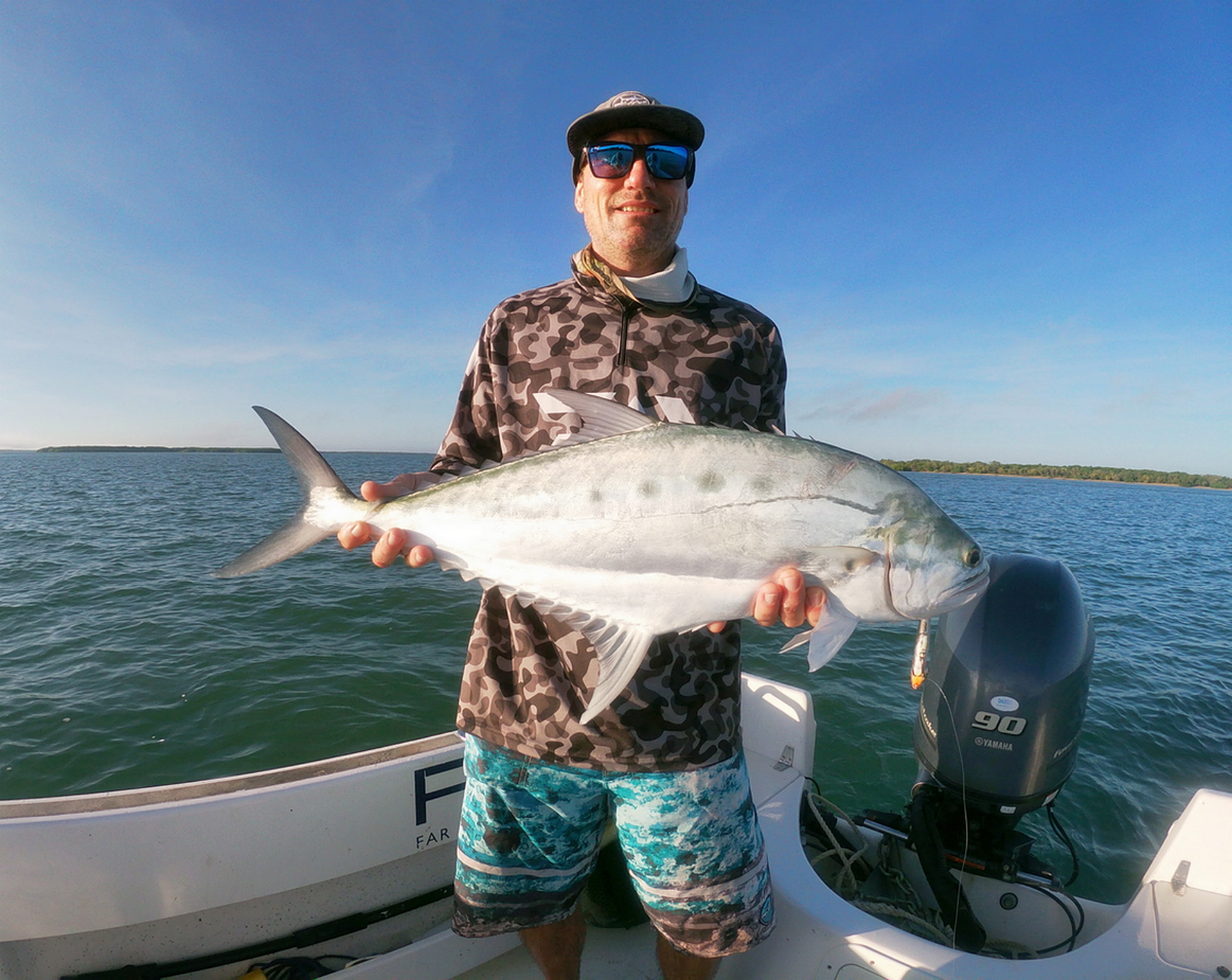 Casting lures in the creeks and rivers along both the east and west coast of Cape York is the stuff of legend. Remote and rarely fished waterways can be accessed by our fully customised dories, now equipped with Garmin side and structure scan synced with Garmin 'Force' electric motors.

Spinning or lure casting is done with light overhead and spin outfits. Nothing improves someone's casting ability quicker than aiming at mangroves for the morning, finding out that mangrove jack or barramundi are sitting tight in cover, sometimes needing pin-point accuracy to make them dash out and chase a lure. This challenge inspires fishermen, it can be very addictive.

There is a large bounty of fish living in coastal estuaries, but they aren't always simple to catch. The old adage of no-run-no-fun can be particularly true. There are three major factors which affect the fishing. Tide, time of day and the transition of fish around the estuary.

It is amazing when a seemingly desolate fishing situation can suddenly come alive. A change of tide or some hidden peak-bite period can suddenly concentrate the fish or switch on a feeding response. Earlier and later in the day tend to work best in the estuaries, but no single factor works in isolation.

The use of smaller vibes in the coastal creeks and rivers has become very popular in recent years. Deeper fish can be targeted with relative ease and the side/structure scan on depth sounders provides our guides with greater confidence the fish are around. A fish on most people's bucket list, the mighty barramundi, is a sucker for a vibe twitched near its face!

Vibing can be a great way of covering a large area of bottom in a methodical pattern. Fanning casts out and then hopping the quick-sinking vibes back to the boat allows anglers to quickly find where the fish are holding.

Missed hook-ups are common when vibing, but so are repeated hook-ups. Reflexes improve quickly with this style of fishing as any bump, hit or swipe of the vibe can be turned into a hook-up by astute anglers.

We fish estuaries at the following locations:

FNSF-NOMAD use top of the line Shimano rods, reels and terminal tackle. We provide the following setup for estuary spinning:

Our guides are experienced in using a wide variety of lures daily and recommend the following when it comes to estuary spinning: 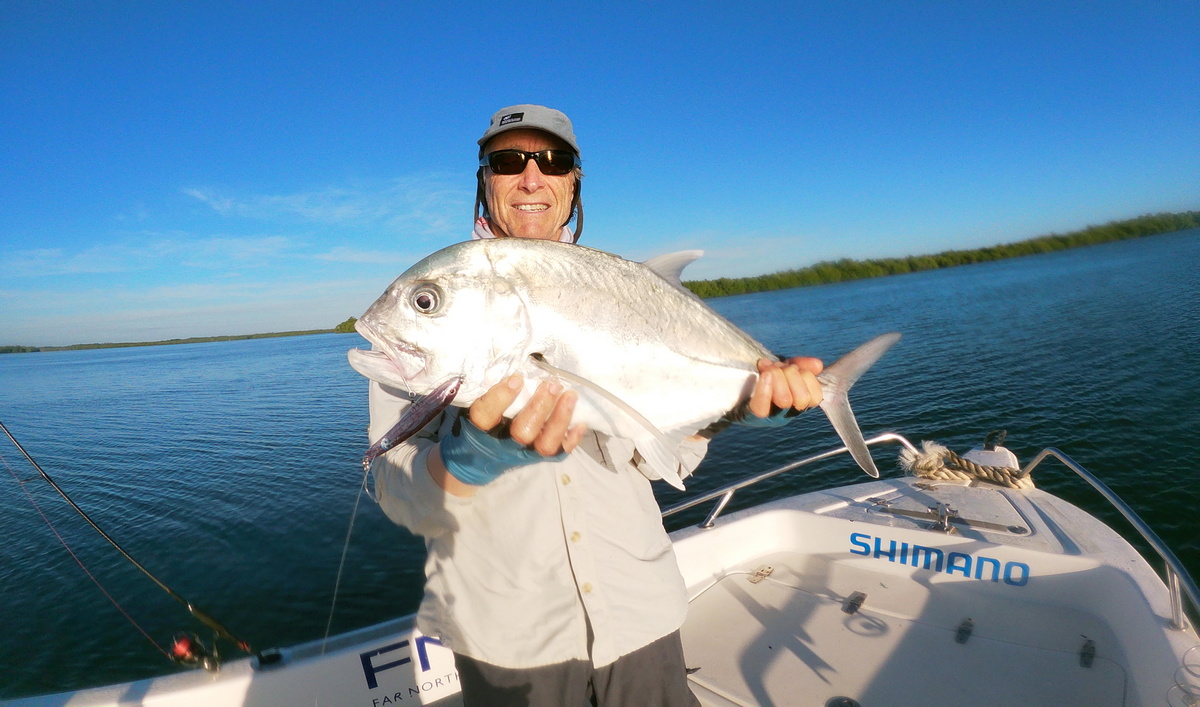 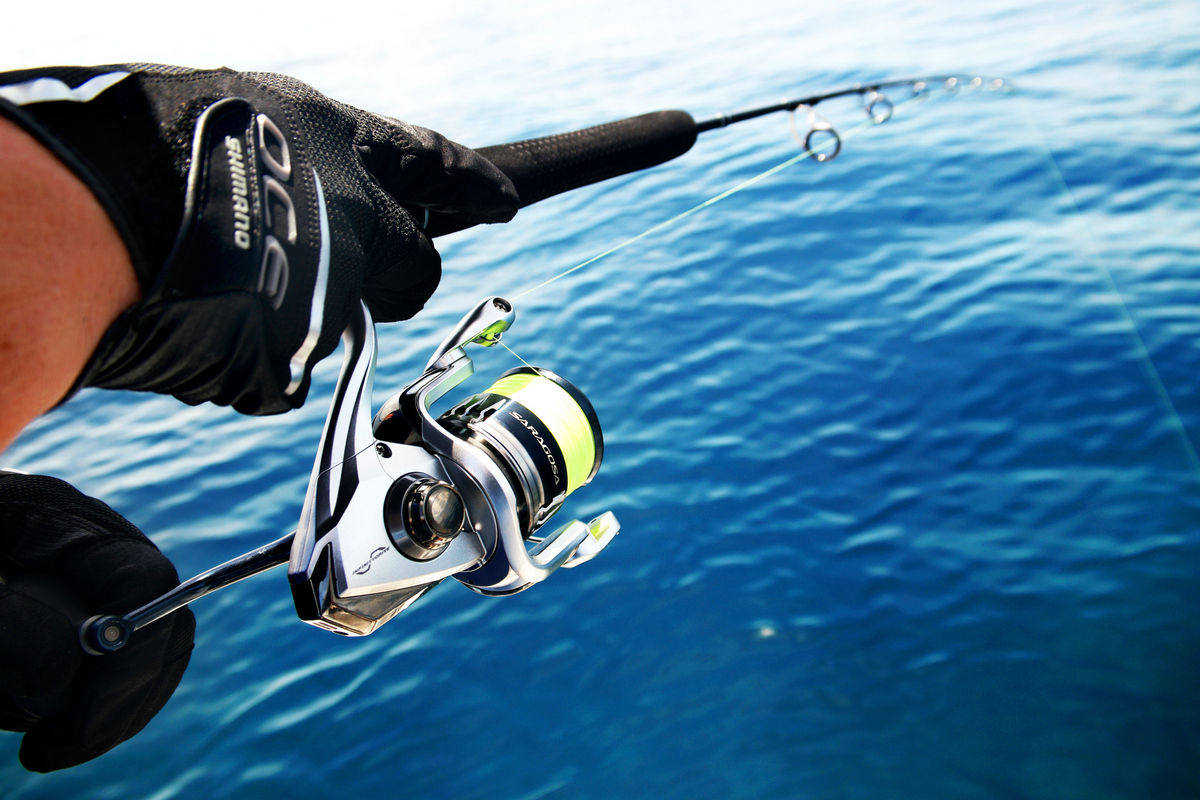 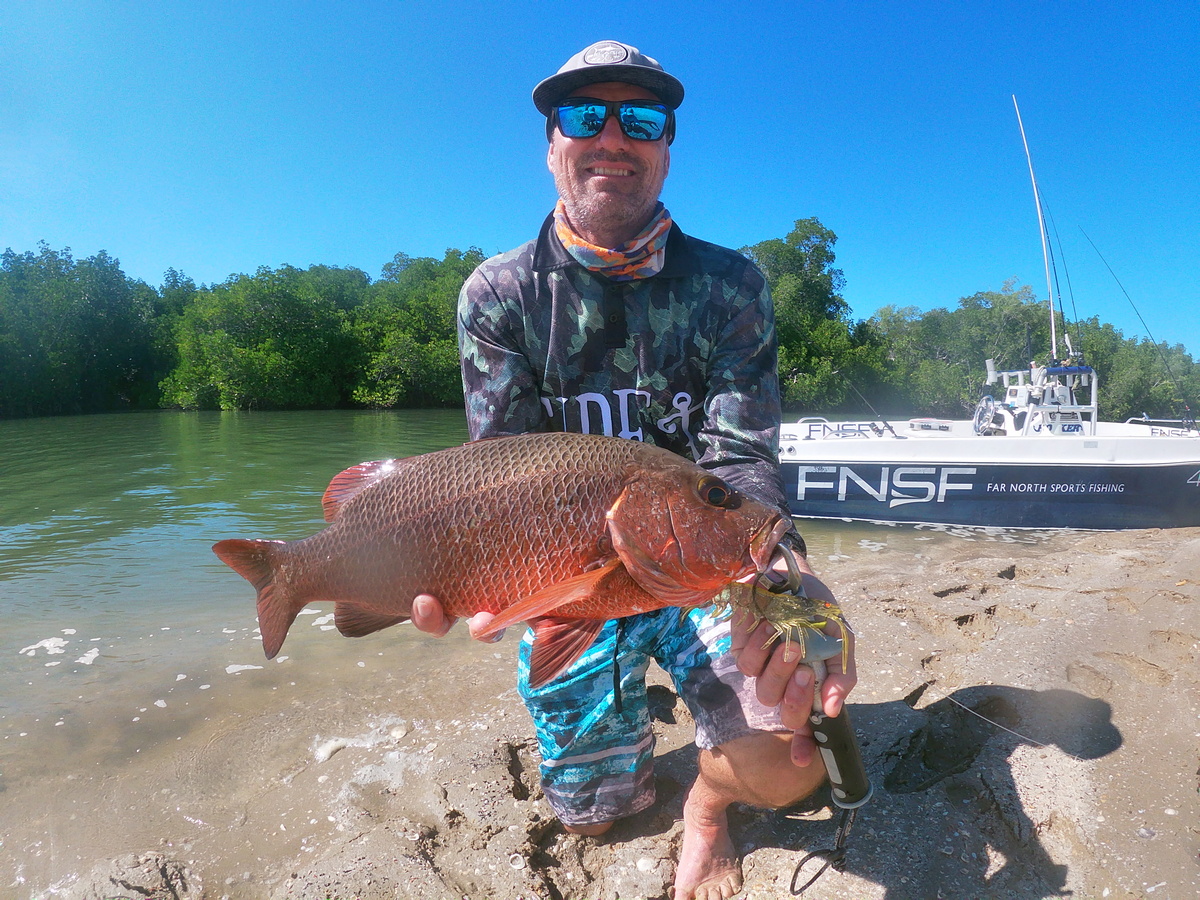